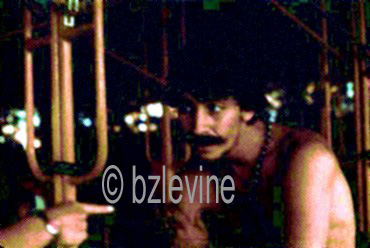 Barry under the stage at the Woodstock Festival 1969

Barry Z Levine was the still photographer on the Academy Award Winning Film,"Woodstock." Nearly 300 full color photographs are featured in his book, "The Woodstock Story Book," written with his wife, Linanne Sackett. His photographs have been included in many documentaries and books about Woodstock, including collectible editions, such as: "Woodstock:Three Days that Rocked the World," "Woodstock Remembered" and "Woodstock‘69: The First Festival."  His photos appear in the new Woodstock Story eBook which celebrates the 50th Anniversary., and The Cameramen of Woodstock - a look behind the scenes of the Academy Award winning film WOODSTOCK on its 50th Anniversary.

Barry's Woodstock photographs have also been featured in international newspapers,  magazines and album covers.  They have been on an international tour, as indicated by the links below. He was honored in Italy by Biografilms as its "Celebrated Artist." As the featured photographer at their 2009 film festival celebrating the 40th Anniversary of Woodstock, his photos were on buses, trolleys, billboards in Rome and Bologna and on the soccer stadium in Milan. Barry has appeared world-wide in many documentary films and interviews related to Woodstock.  For the 50th Anniversary in 2019, his works exhibited in New York, Los Angeles -CA, Chatenooga -TN, Stuart - FL, Bologna - Italy, and London.  His photos appeared in several books, in media, and in several TV documentaries in Europe and the United States.

In addition to photography, he has worked as a writer/producer in advertising and film, video, and theatrical production. He was the director of a video production studio in New York City. He has long been an independent political activist and is one of the founders of The All-Stars Project, one of the largest and most successful anti-violence programs for urban youth in America